Centre Placet is the carrier of different intercultural projects within Louvain-la-Neuve.

The “Communauté Métisse” project was launched in the 2020-2021 academic year: it promotes the internationalization of the Louvain-la-Neuve space through interculturality and more exchanges and inclusions between students from the North and the South.

Would you like to be part of the student pairs that make up this community?  To find out more (modalities, objectives, agenda...), register immediately with Justine & Victoria at This email address is being protected from spambots. You need JavaScript enabled to view it. and complete the online form.

Genesis of the project

Centre Placet and the Association des résidents du Placet, an international actor in the municipality of OLLN, started from the analysis of their own realities.

The project started from the observation that international students face difficulties when confronted with Western learning methodologies, which can be a real obstacle to the success of the university curriculum. The digital divide, exclusion mechanisms (during group work, for example) add to the challenge of academic success. On its own, the adaptation period is much longer, both from a social and academic point of view. The difficulty of finding an internship can also arise in a host country where one has not had the opportunity to develop a network. On the other hand, the intercultural exchange can be a rich contribution for Belgian students, enriching their knowledge of Southern cultures, and who may already have international professional projects.

The idea is to establish a mutual and reciprocal learning relationship between the two members of the pair.

The first edition of this workshop (from August 17 to 21, 2020) was an opportunity to debate the concept of interculturality, more specifically in the academic environment. Cultural shocks and mechanisms of exclusion were analysed and observed. An "inventory" of the difficulties and the richness of the intercultural encounter on the university campus has been realized, thanks to exchanges, testimonies, micro-trotters and multimedia and artistic realizations.

We are thankful to the participants for their insights, experiences, analyses, and for their commitment to this reflection that aims to promote more egalitarian and inclusive relations on our university campus! We also say thanks to Cindy Robert from the Centre Régional pour l’Intégration du Brabant Wallon, to Marc Totté from the  l’ASBL Inter-Mondes, to René-Claude Niyonkuru, researcher from UCLouvain at the  Centre d’Études du Développement, and to Altay Manço from the Institut de Recherches, de Formation et d’Action sur les Migrations. 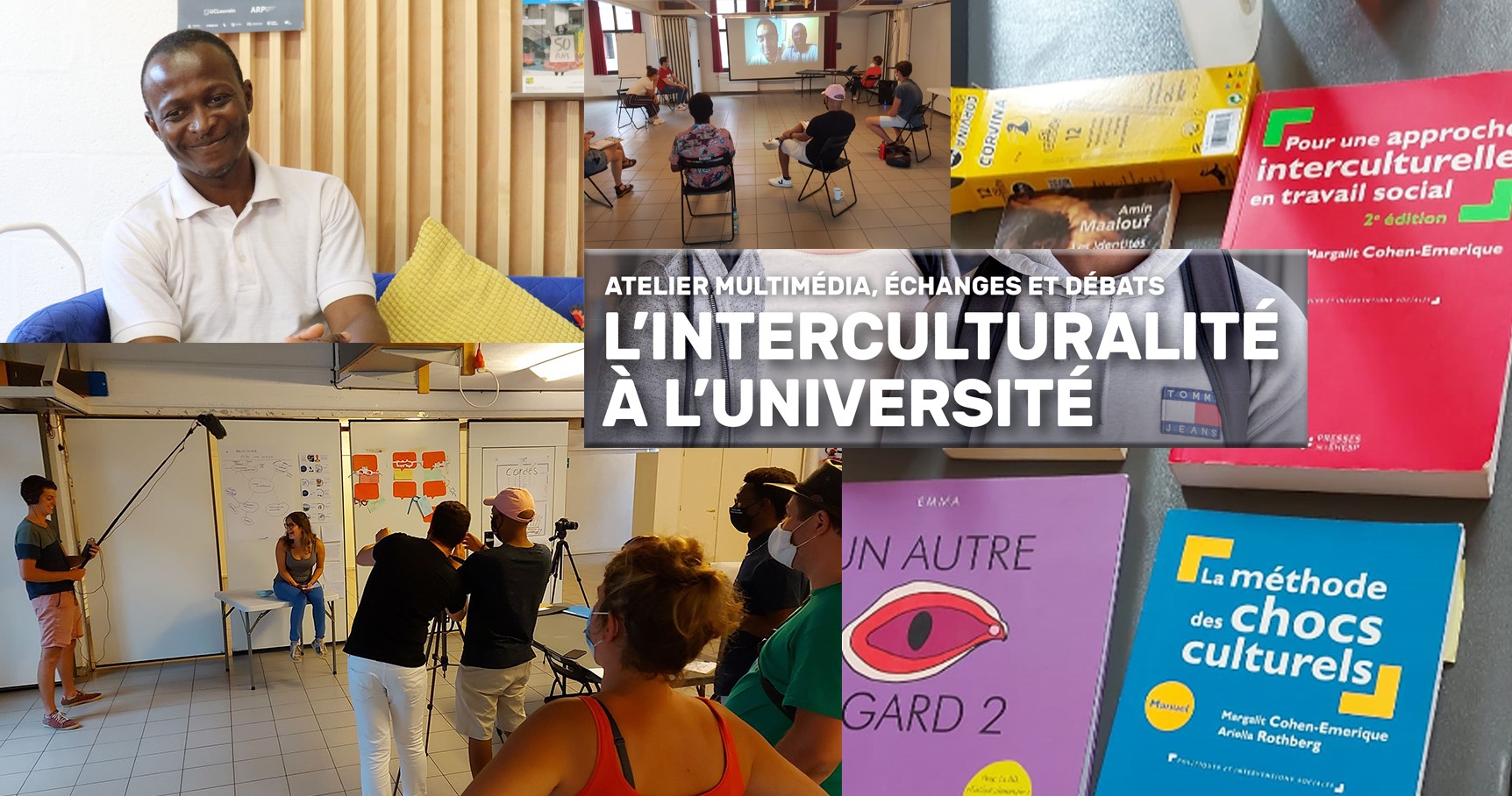 Second step: launch of the project with the match-up evening (Tuesday, October 6, 2020)

The Communauté Métisse is officially launched, under the sign of diversifying our horizons and towards more intercultural and academic exchanges between young academics. 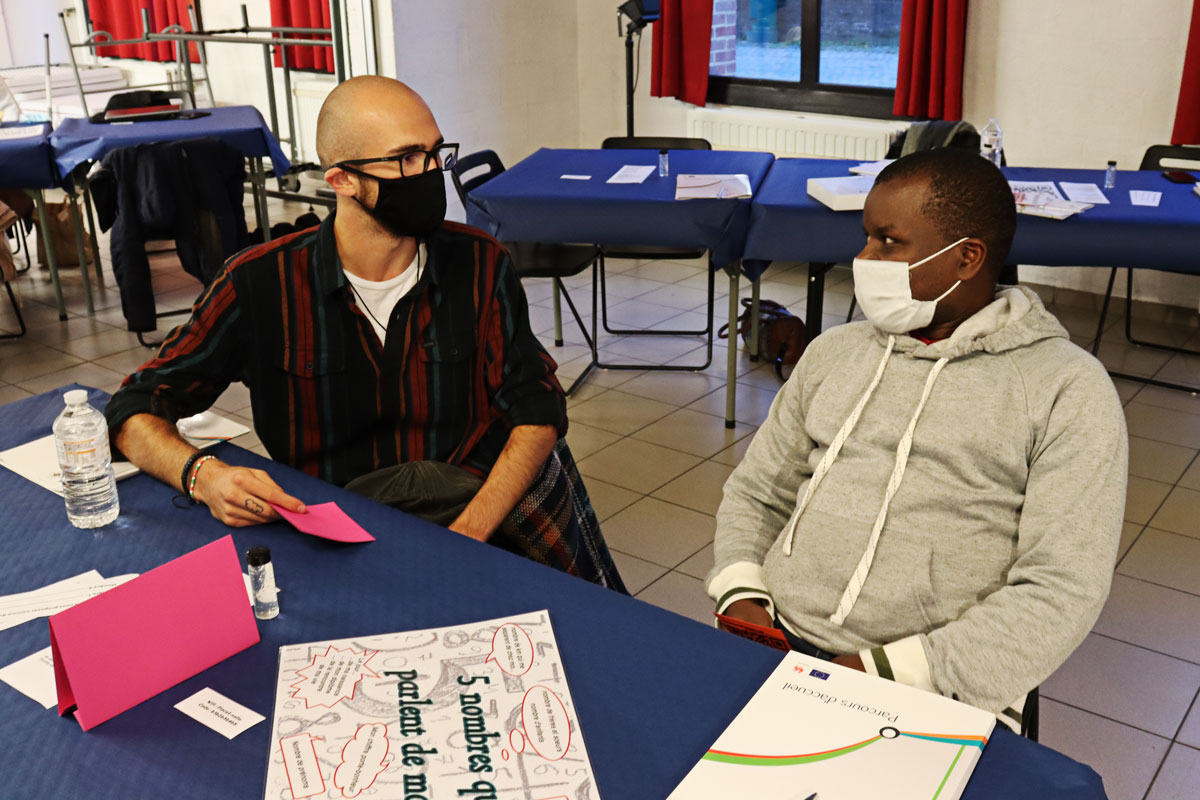 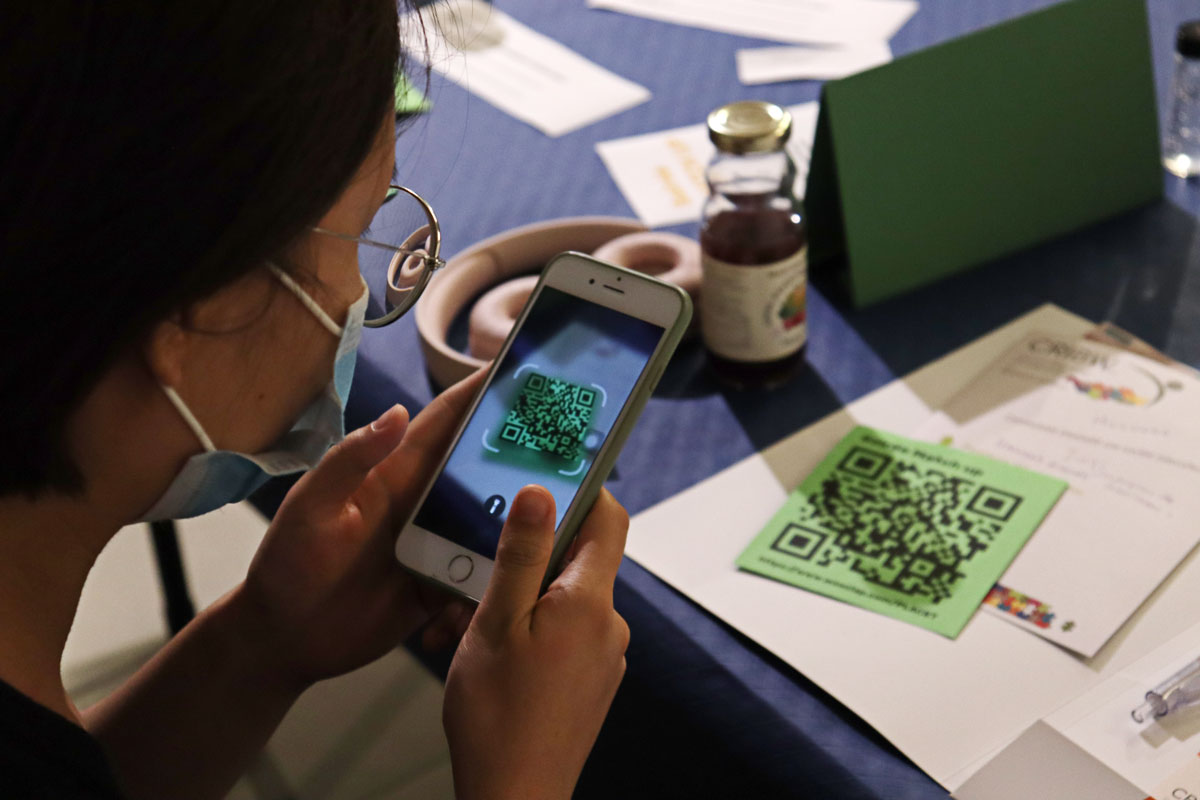 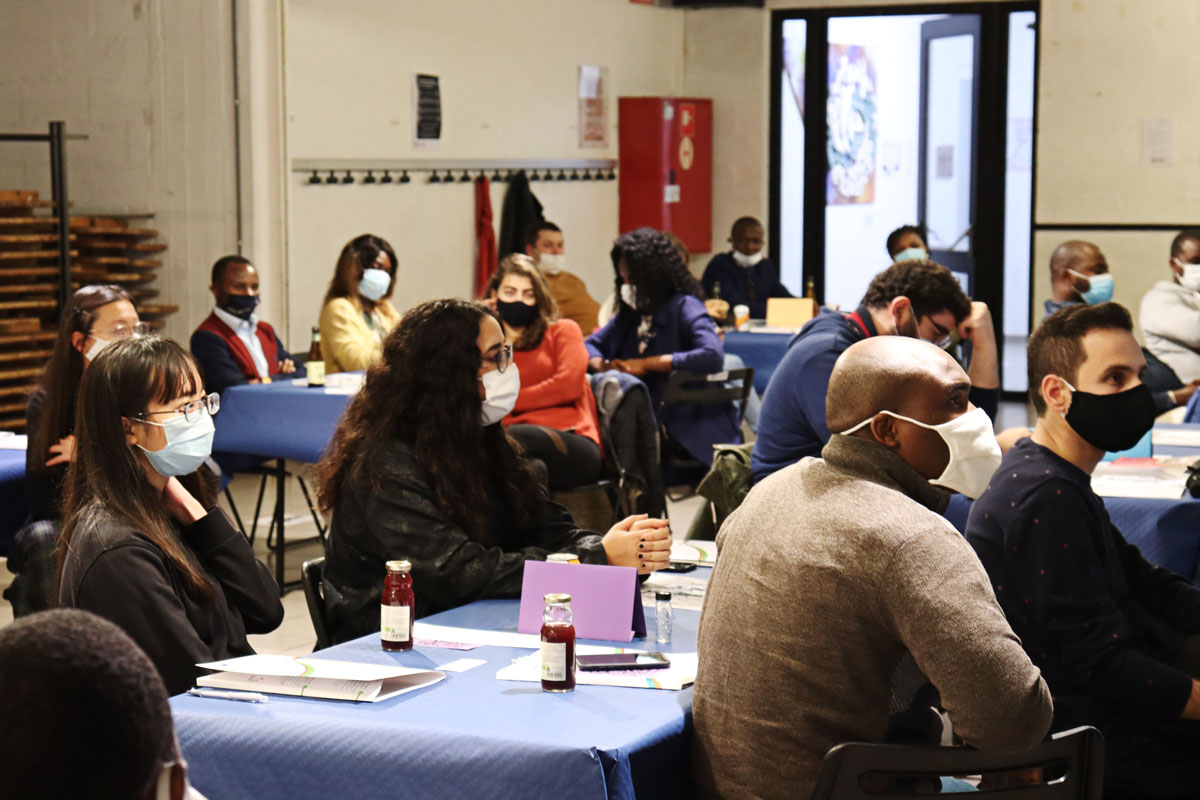 Photos : H. Pietquin
It is better and highly desirable "that the members of our society should no longer limit themselves to passing each other without speaking, but that they also and above all give themselves time to share moments rich in intercultural exchanges. The University is also a permanent quest towards diversity and interculturality. The name Communauté Métisse is not chosen at random, mix your meetings and sharing! This is essential, even if our university is already international with more than 120 nationalities, of which 20% of the staff and 20% of the students are international". These are the words of the message from the Pro-Rector for International Affairs, Professor Dana Samson, who came to officially launch the Communauté Métisse.

We also say thanks to all the partners who have been there since the preparations and to the workshop of summer 2020:  UCLouvain – Université catholique de Louvain through ADRI, AVIE, the ESPO faculty, ARP, CRIBW - Centre Régional d'Intégration du Brabant Wallon, Laura Salamanca who provided a good part of the animation of the match'up evening, the KAPs (the Kot Verdom, the Photokot and the Devlop'kot). 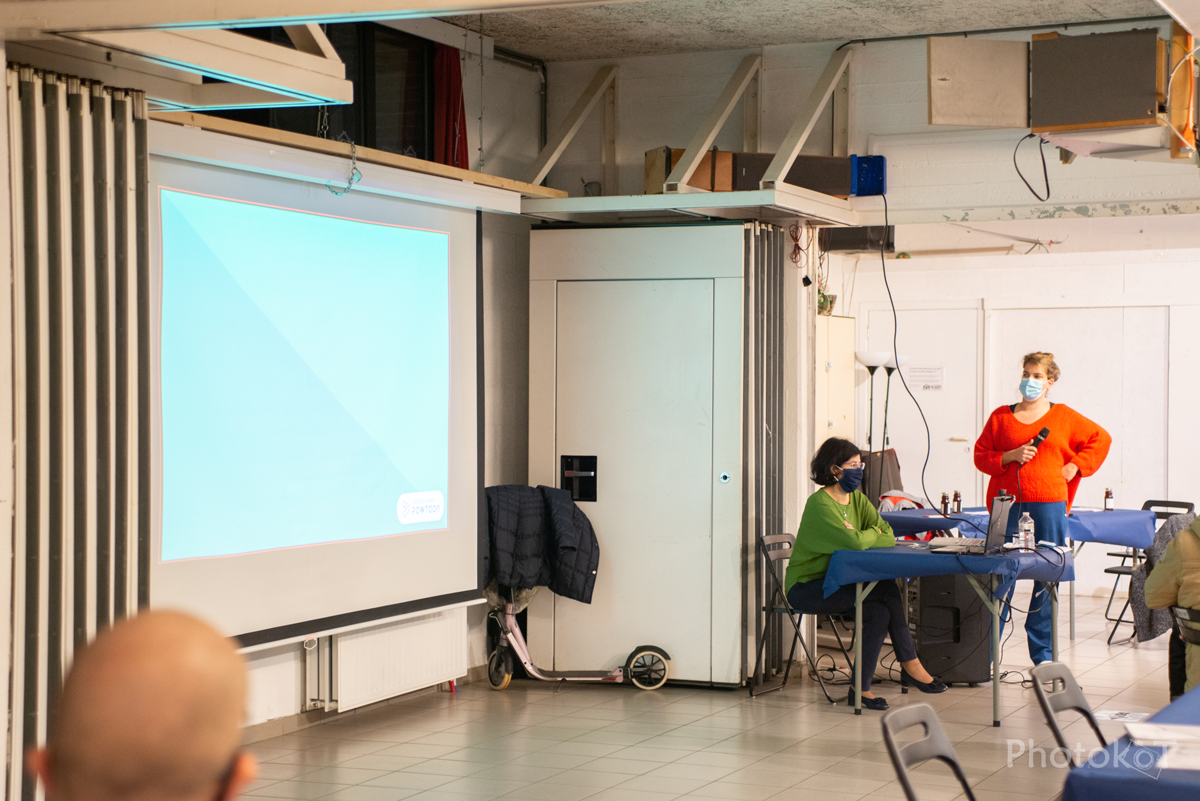 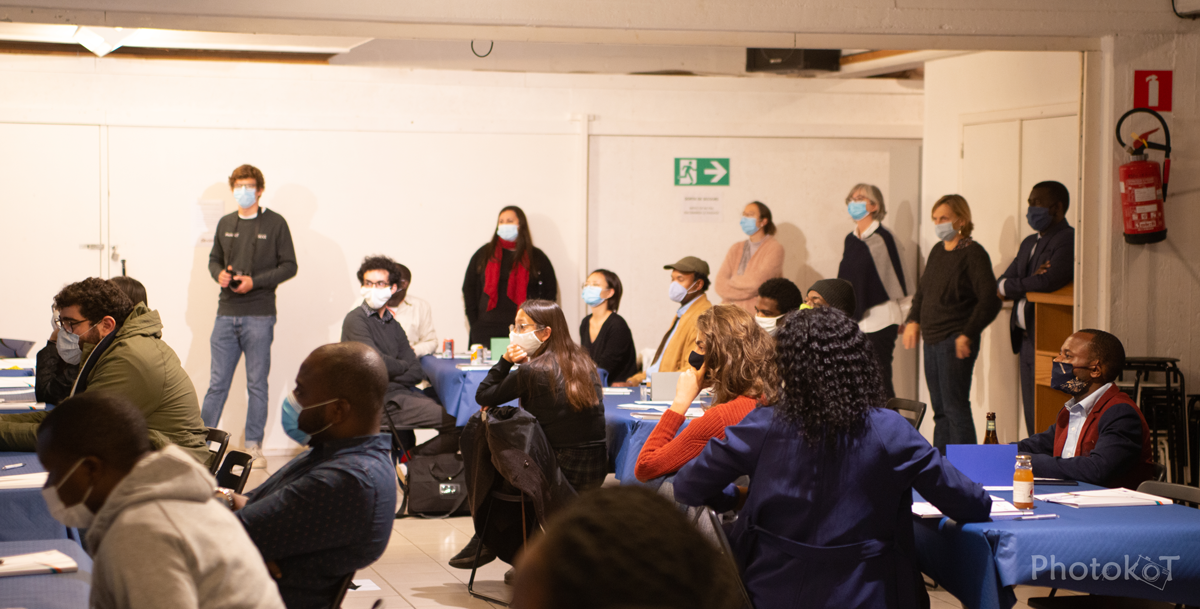 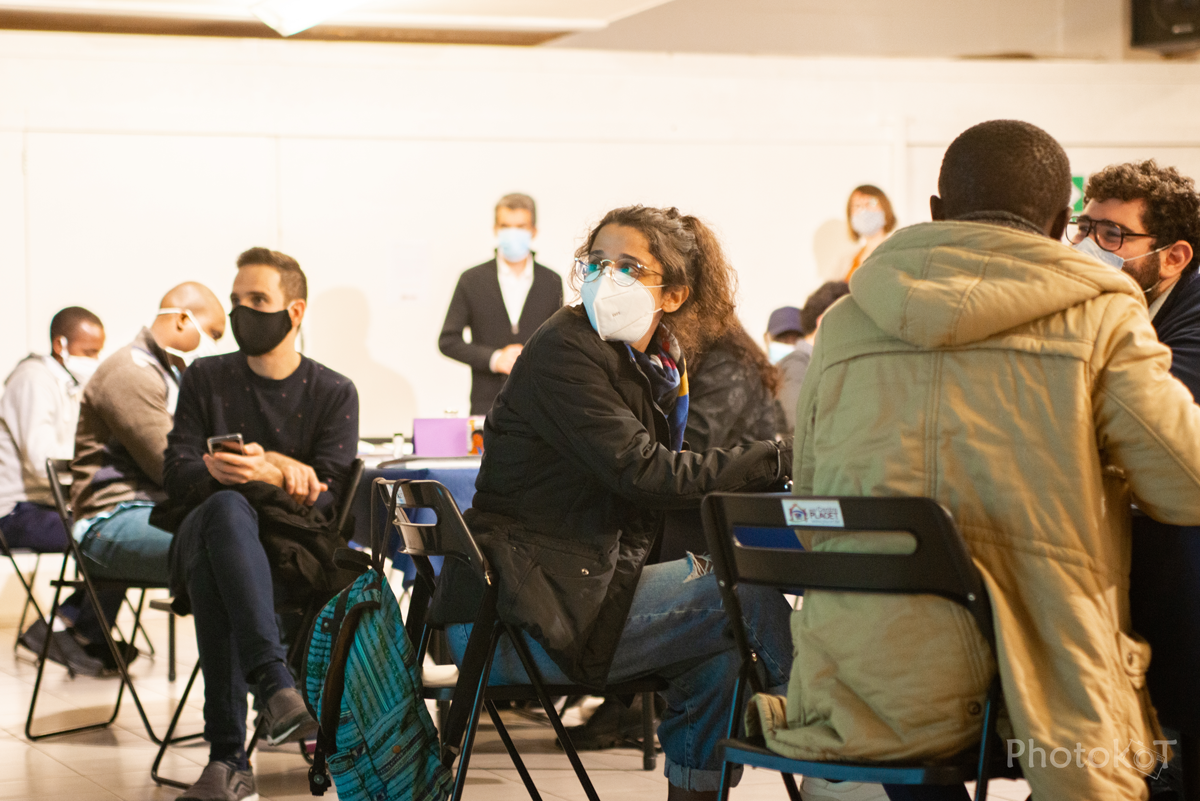 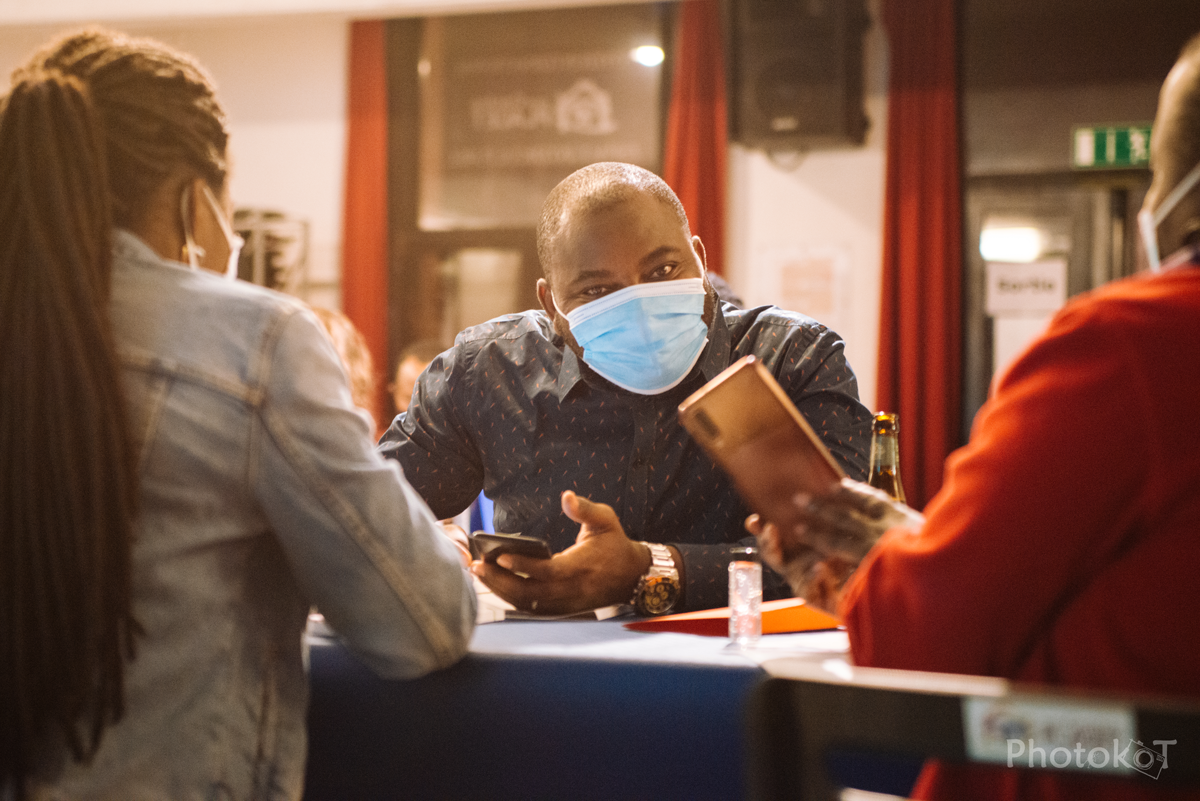 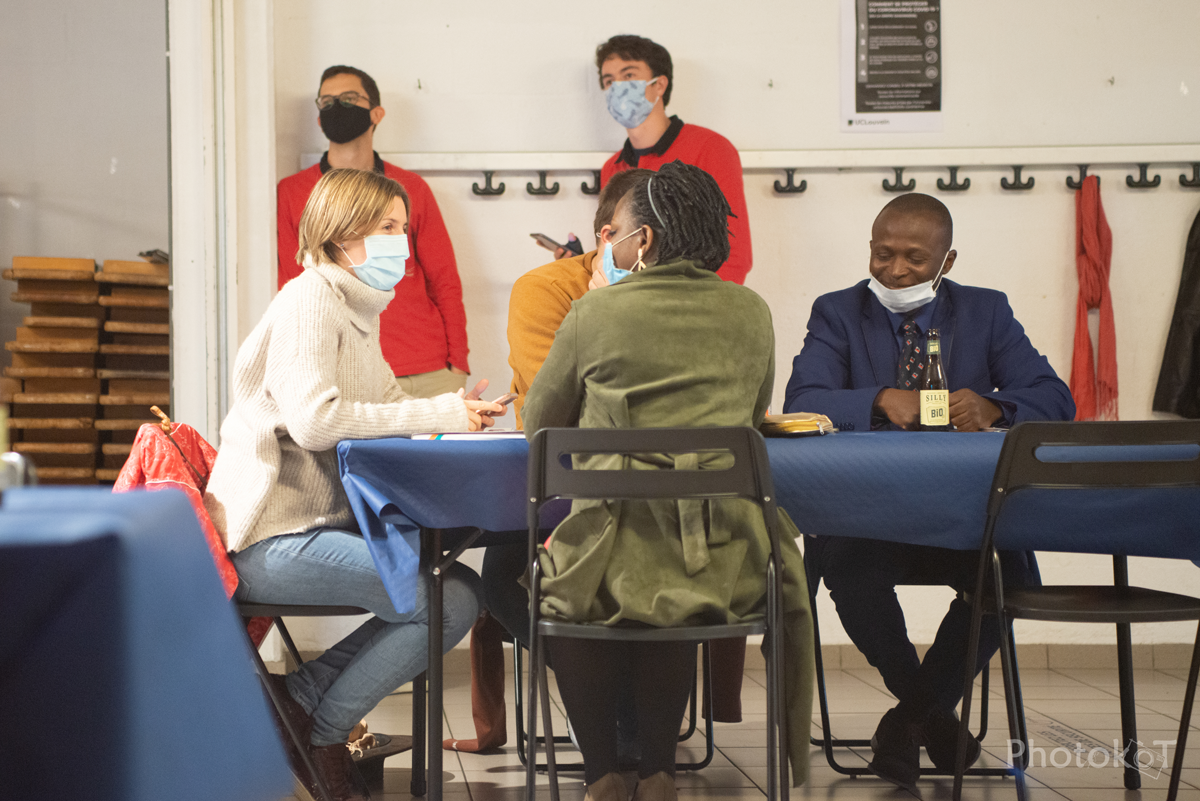 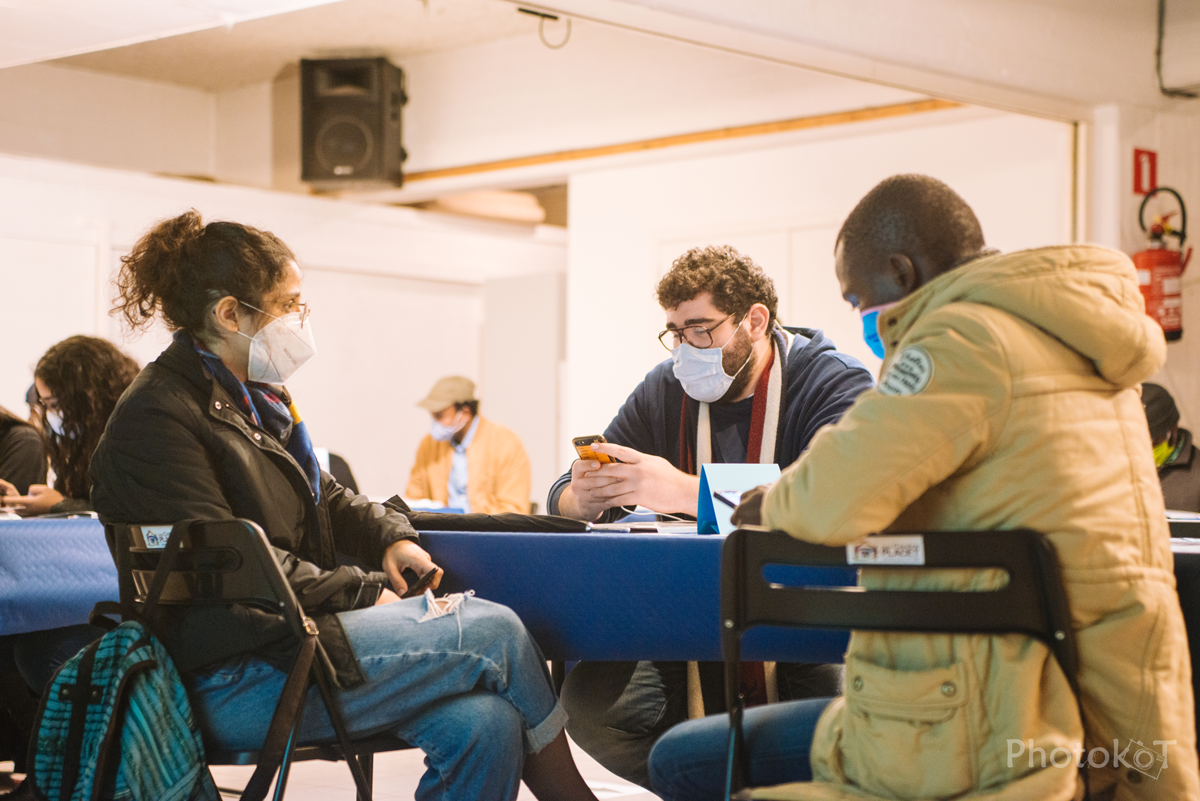 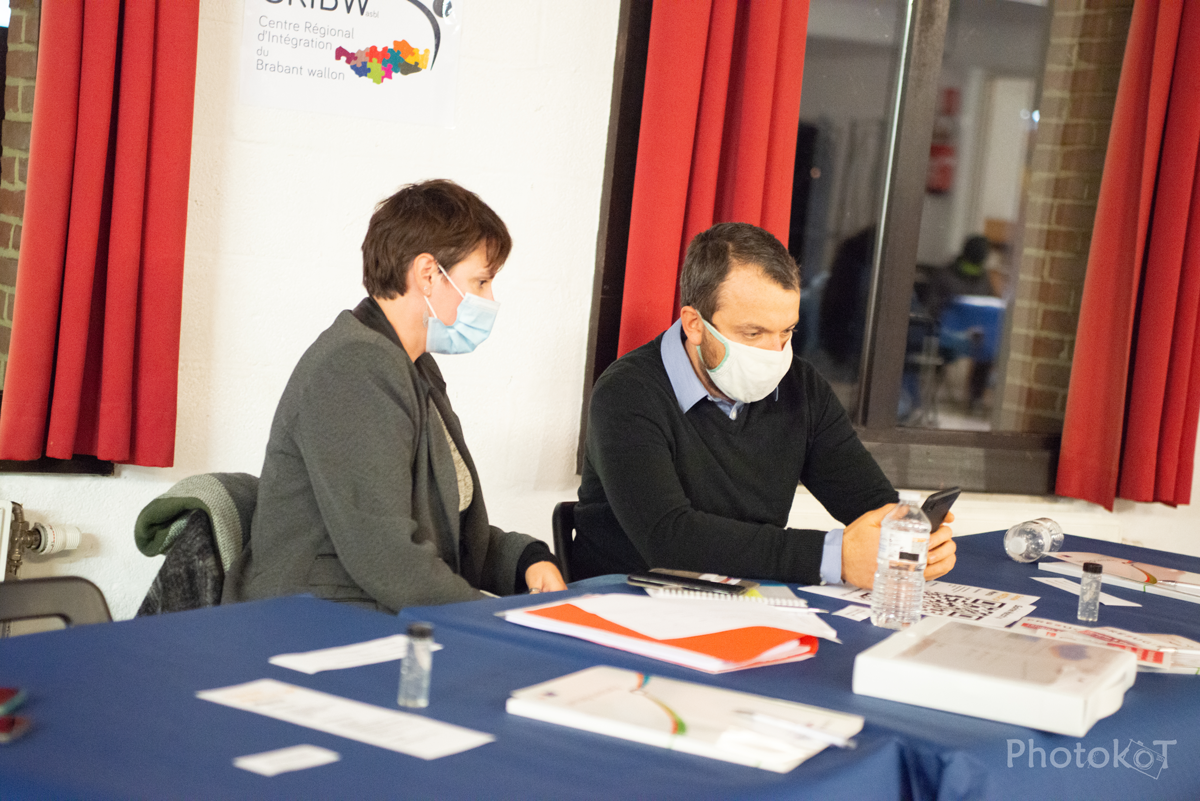 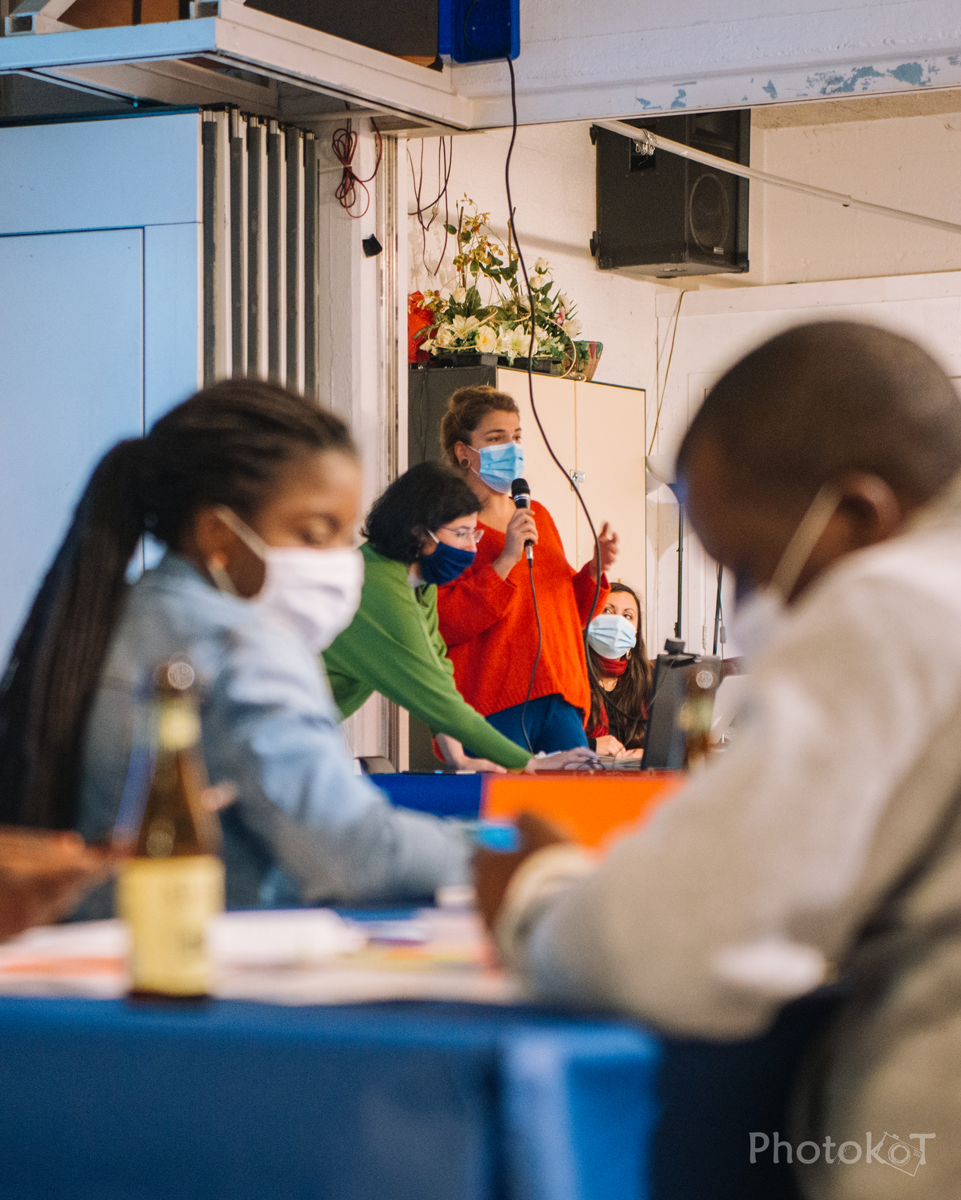 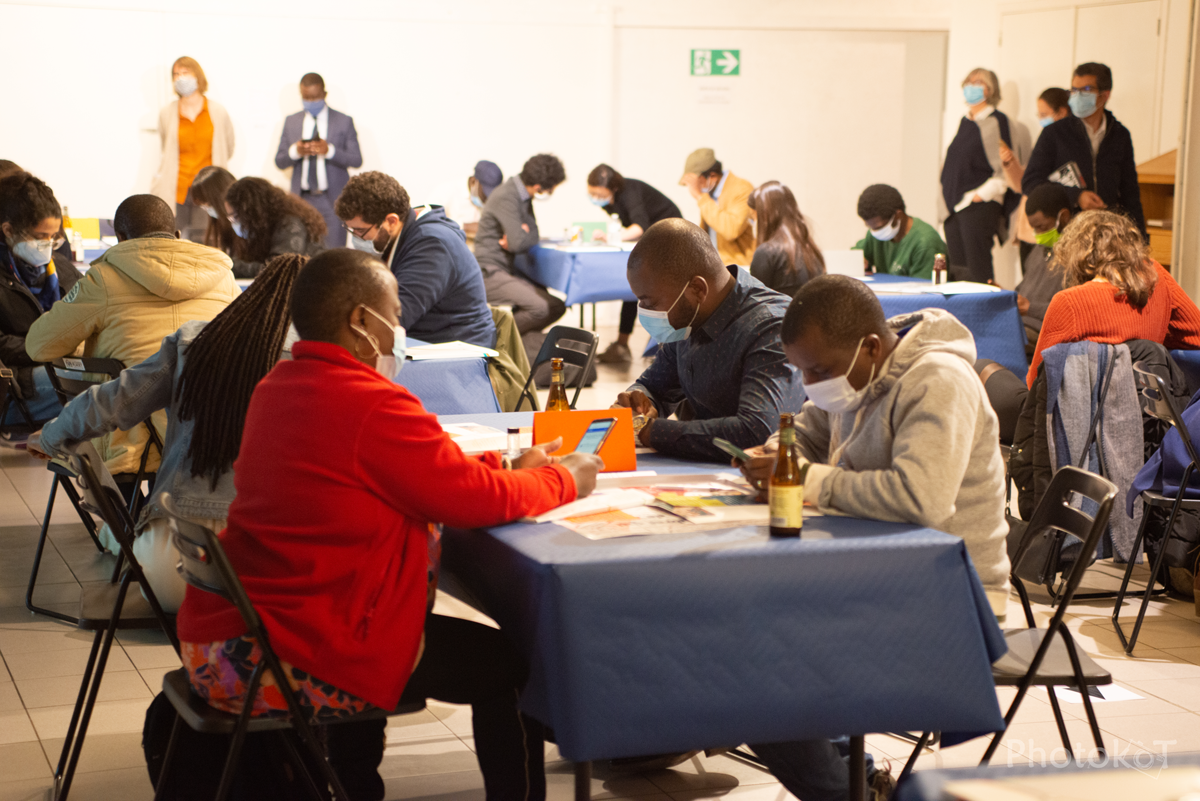 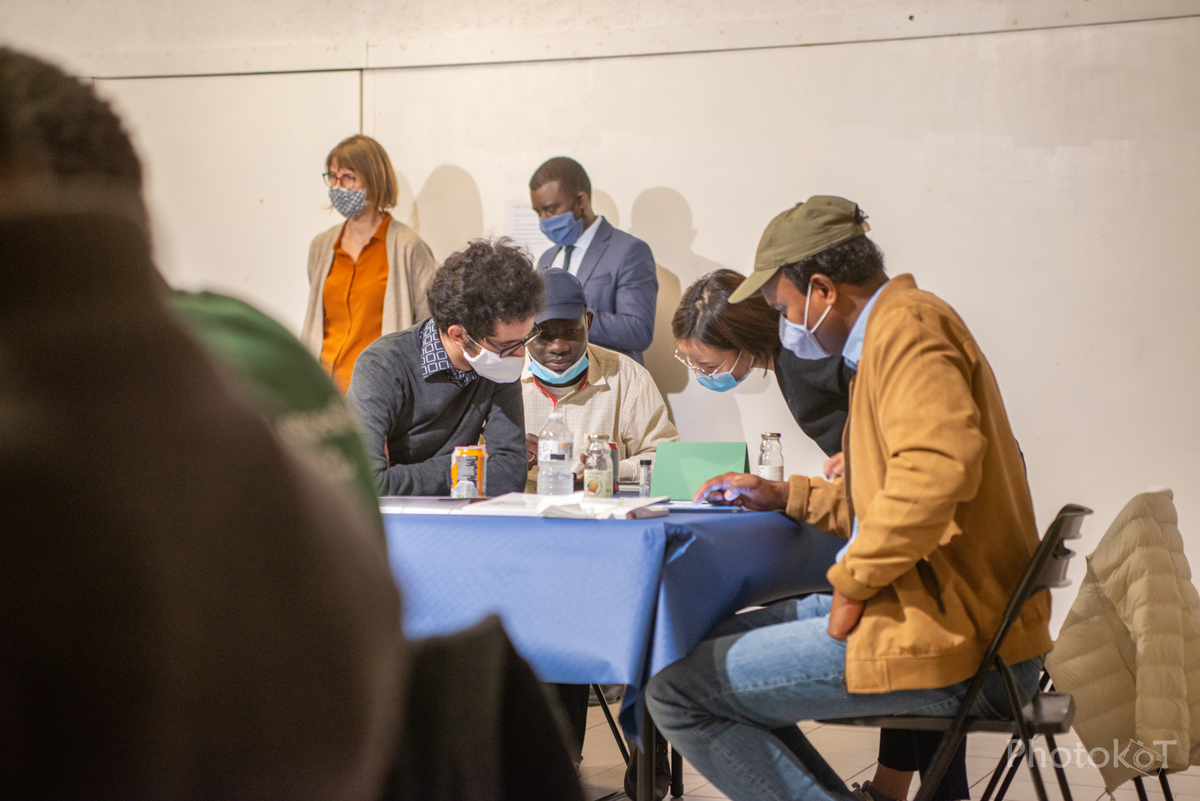 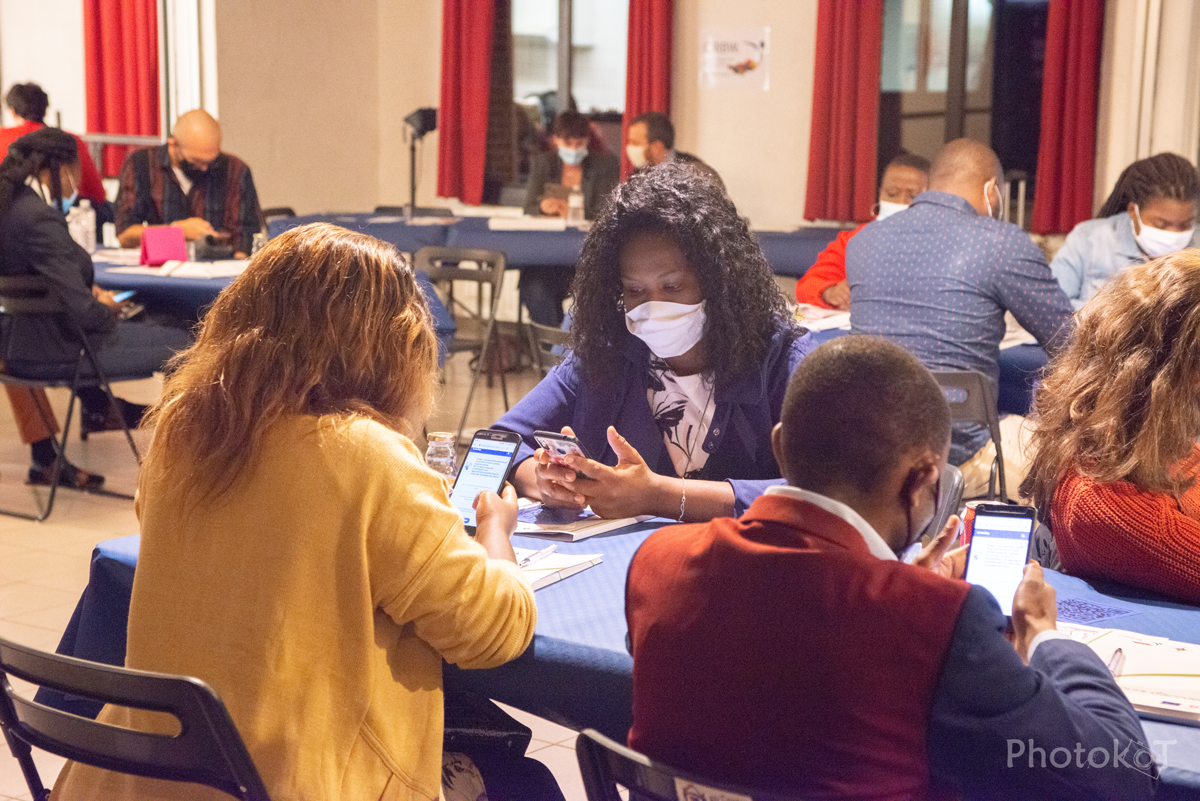 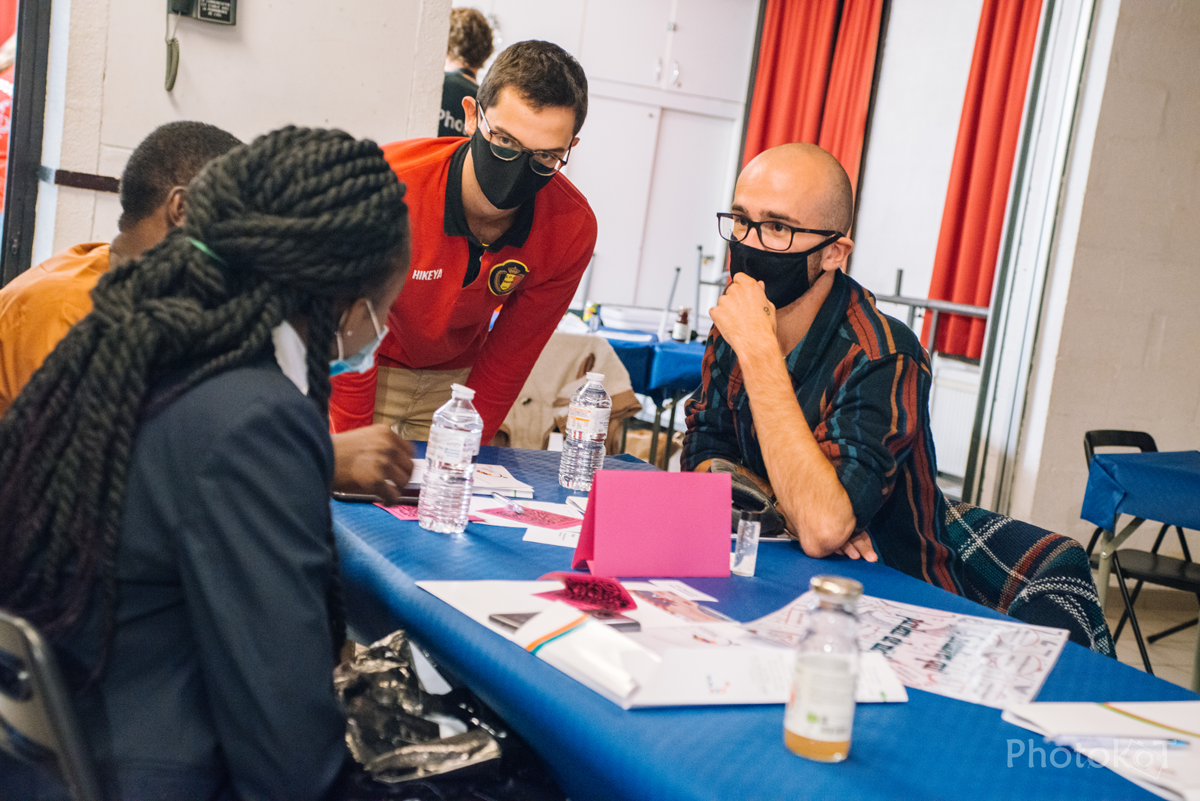 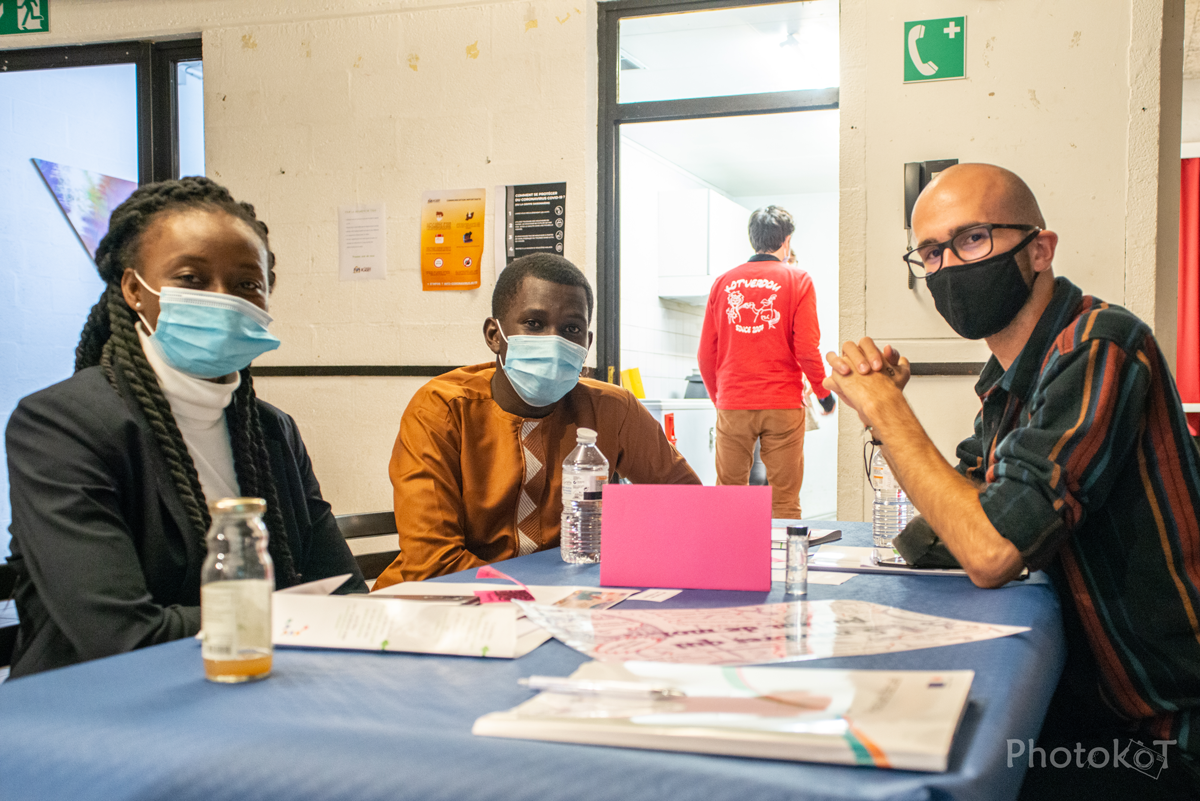 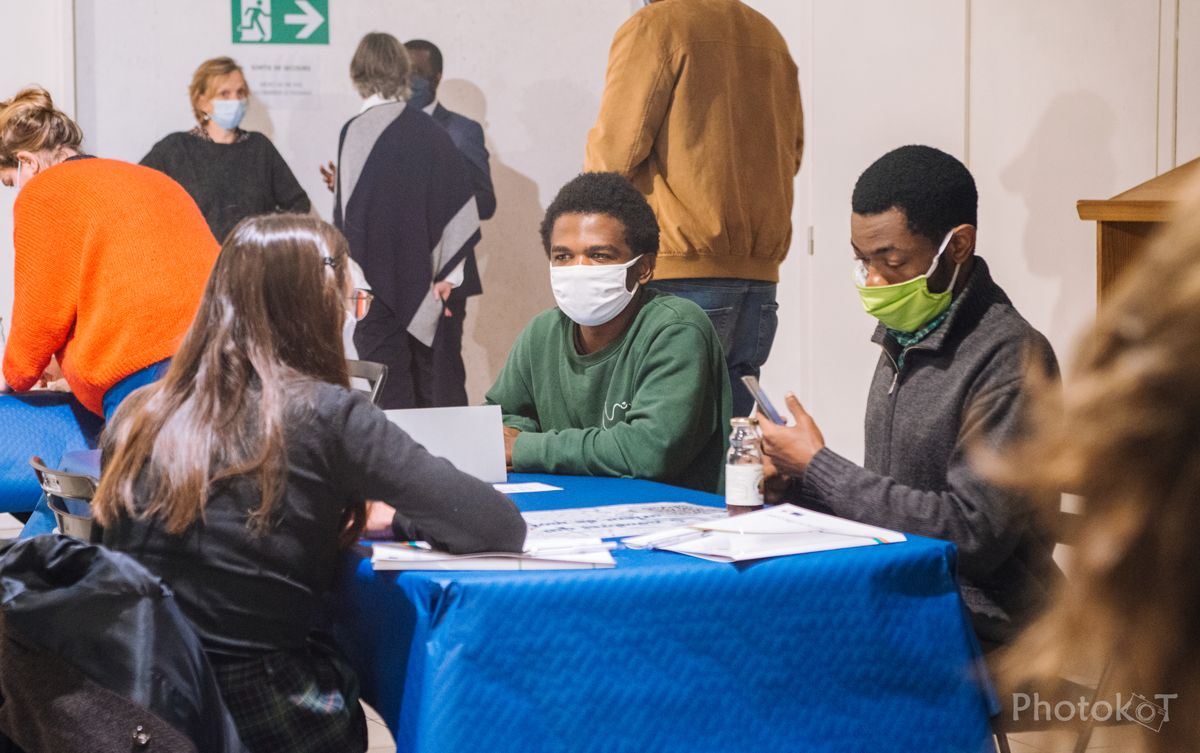 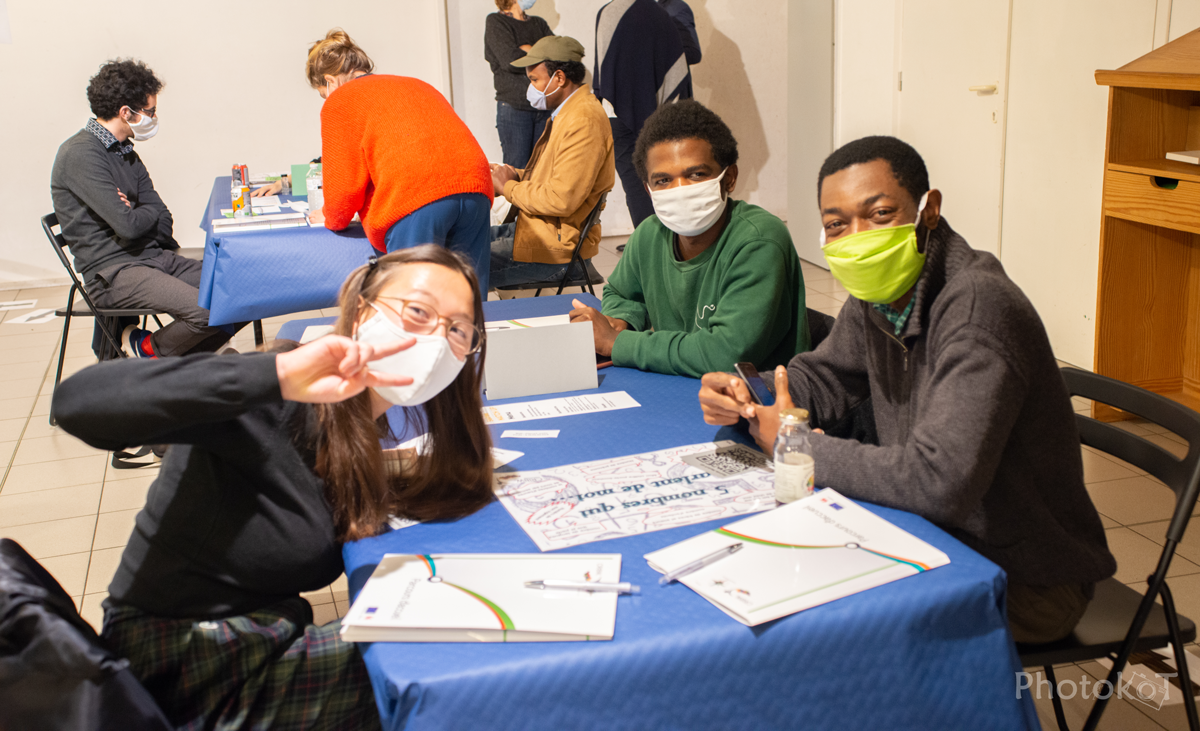 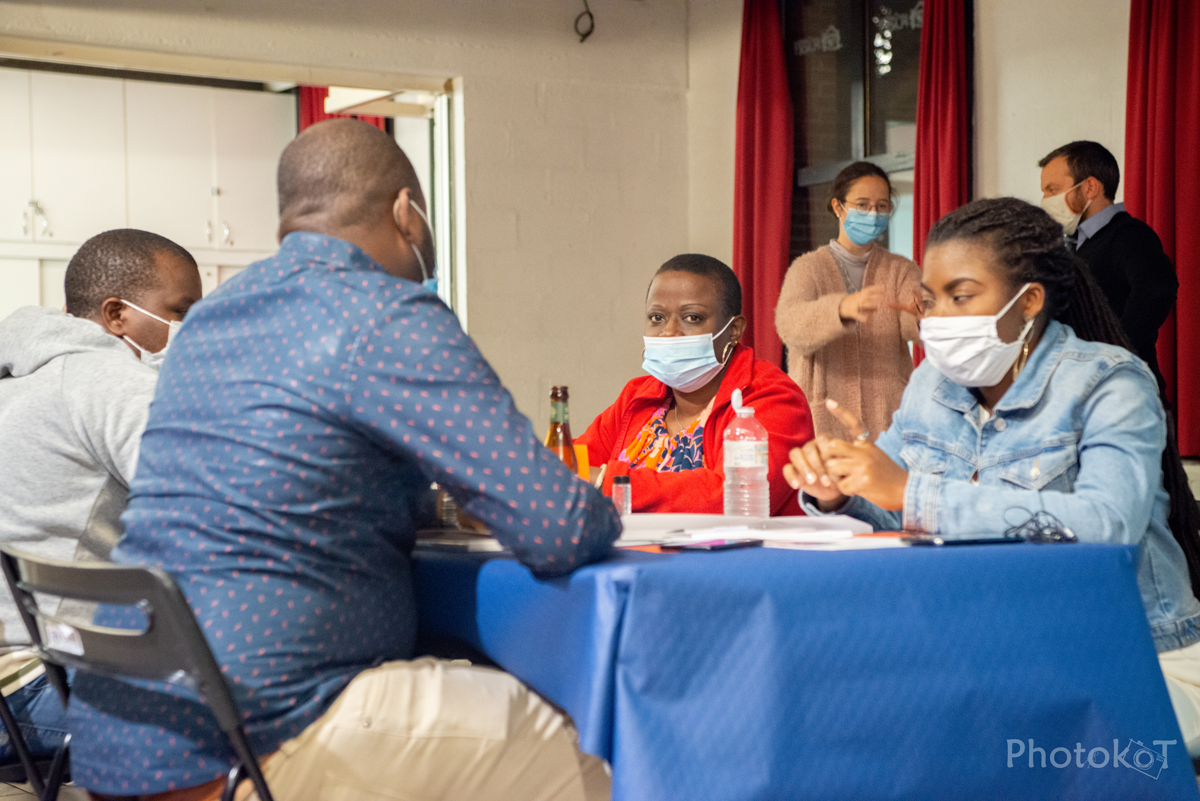 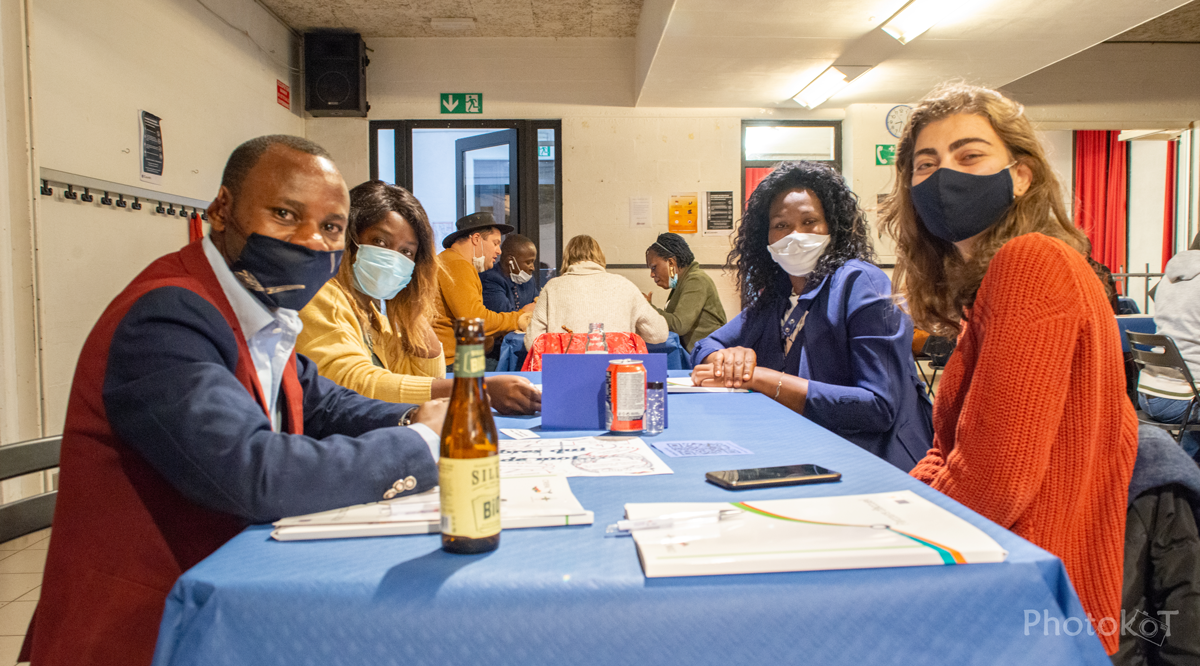 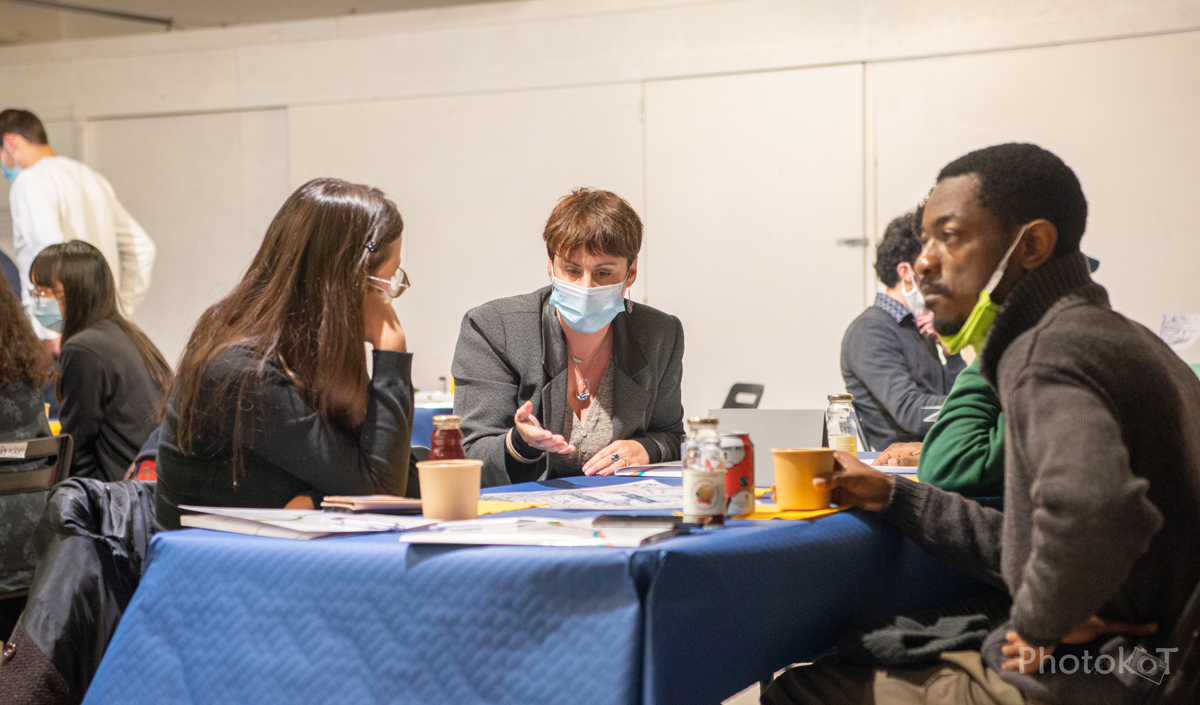 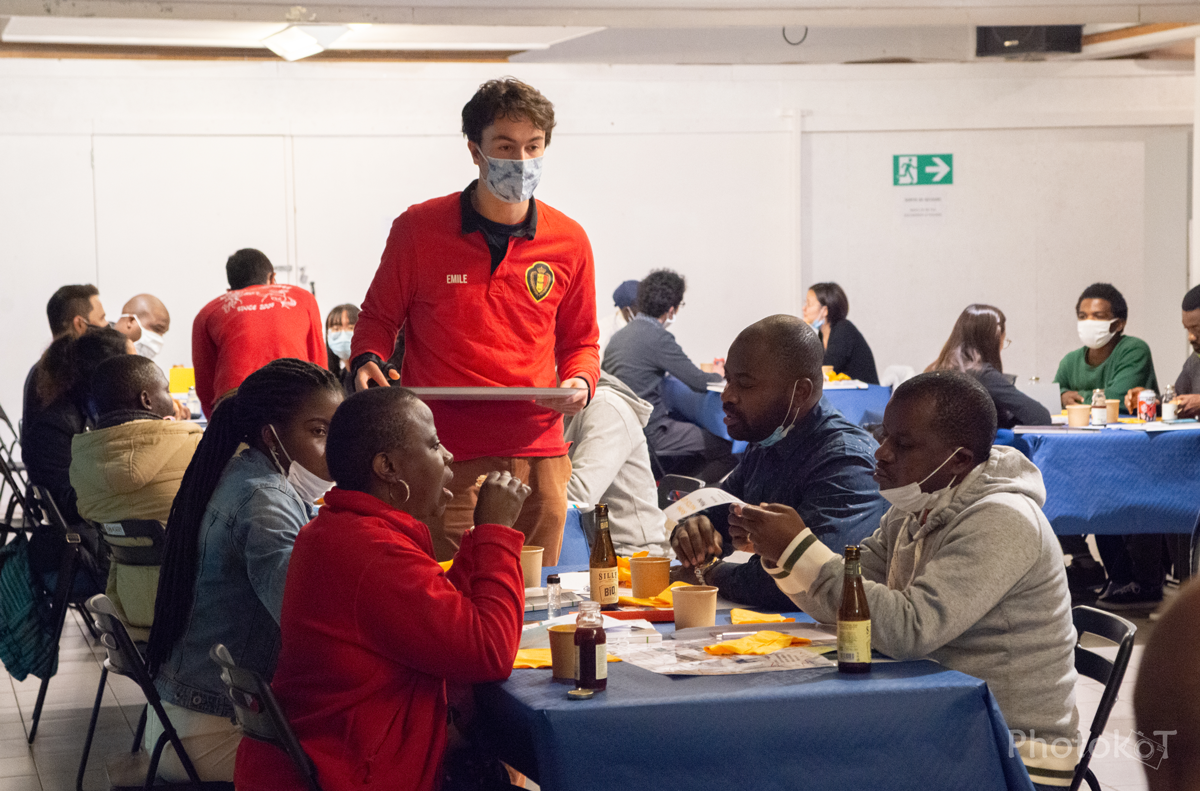 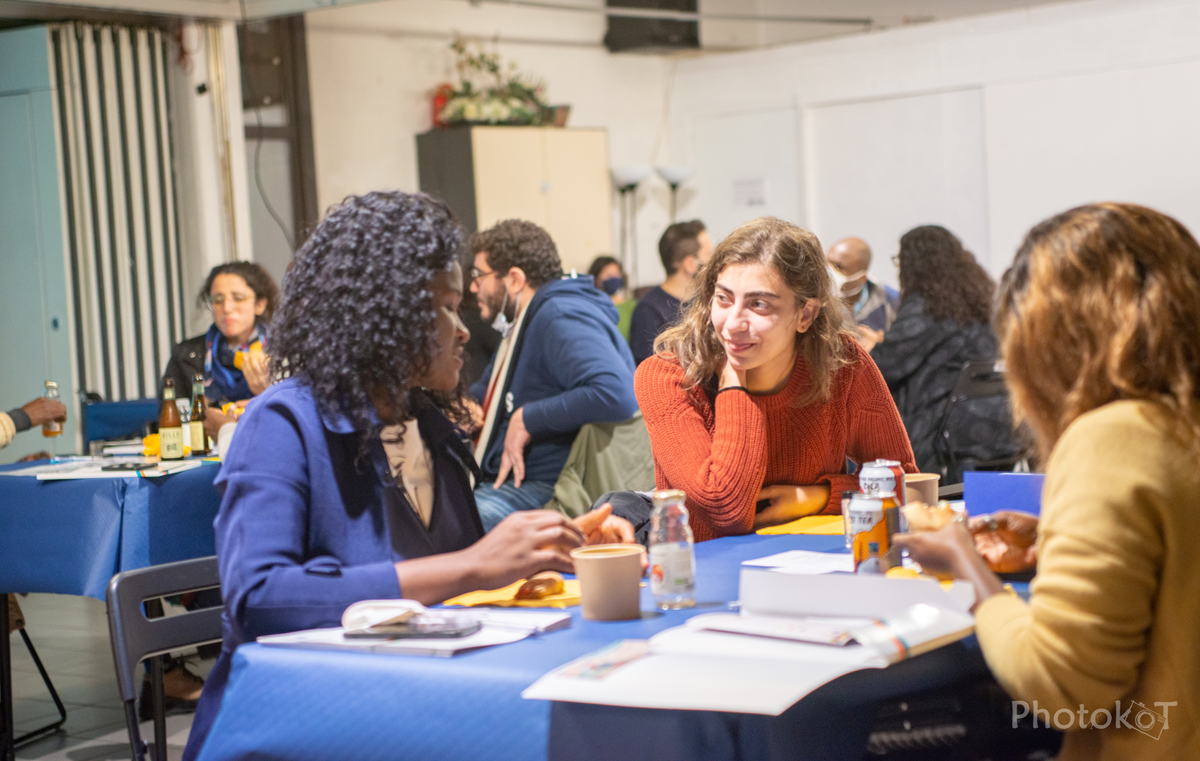 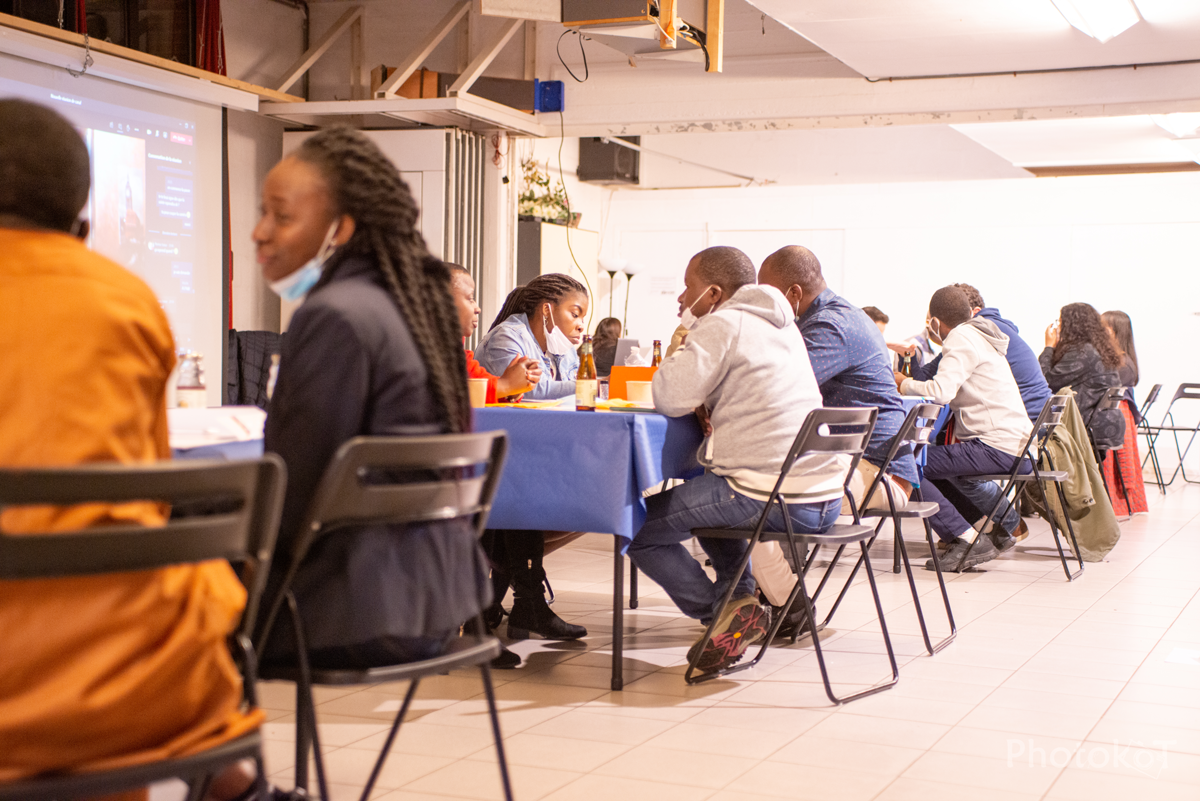 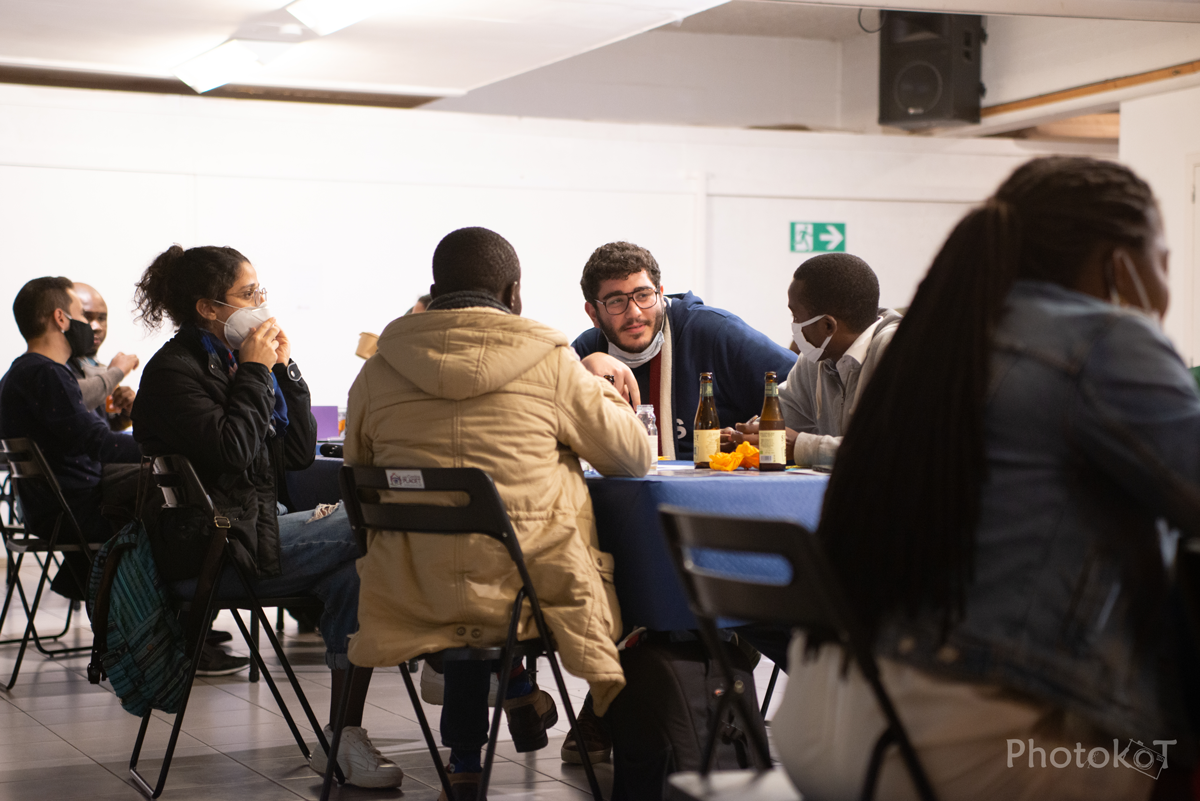 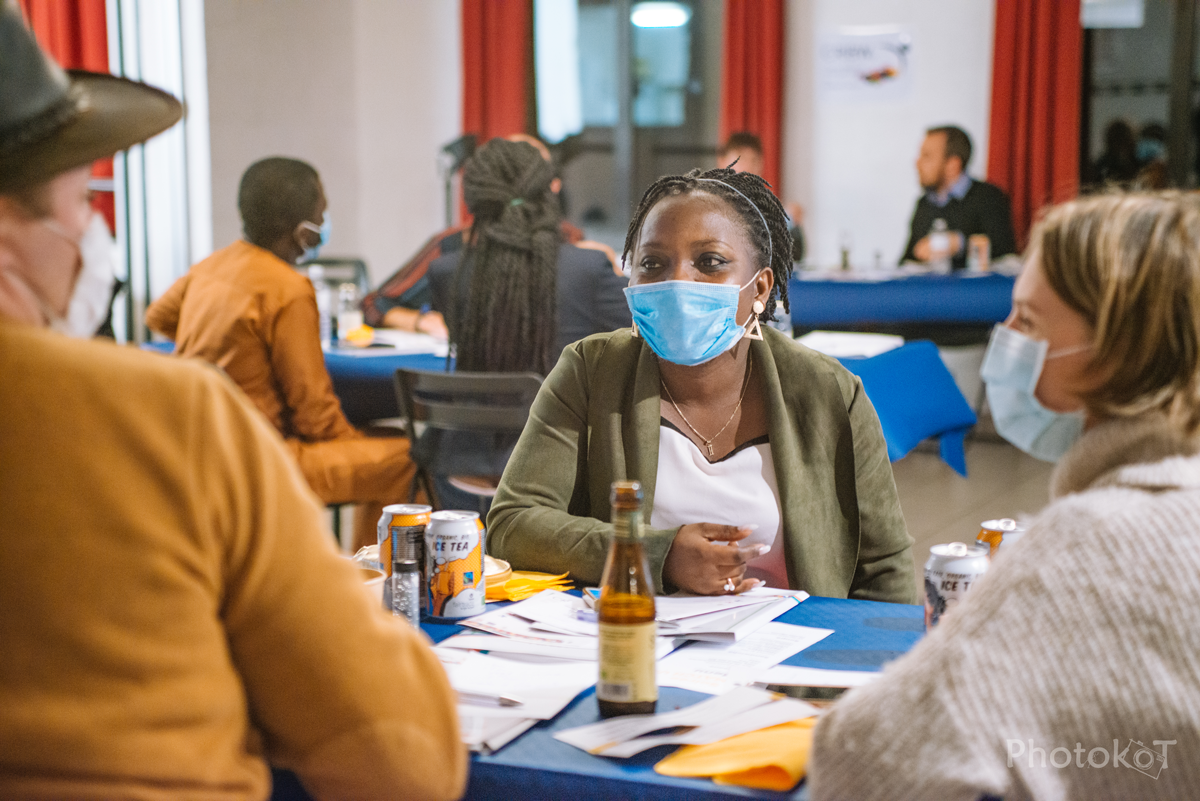 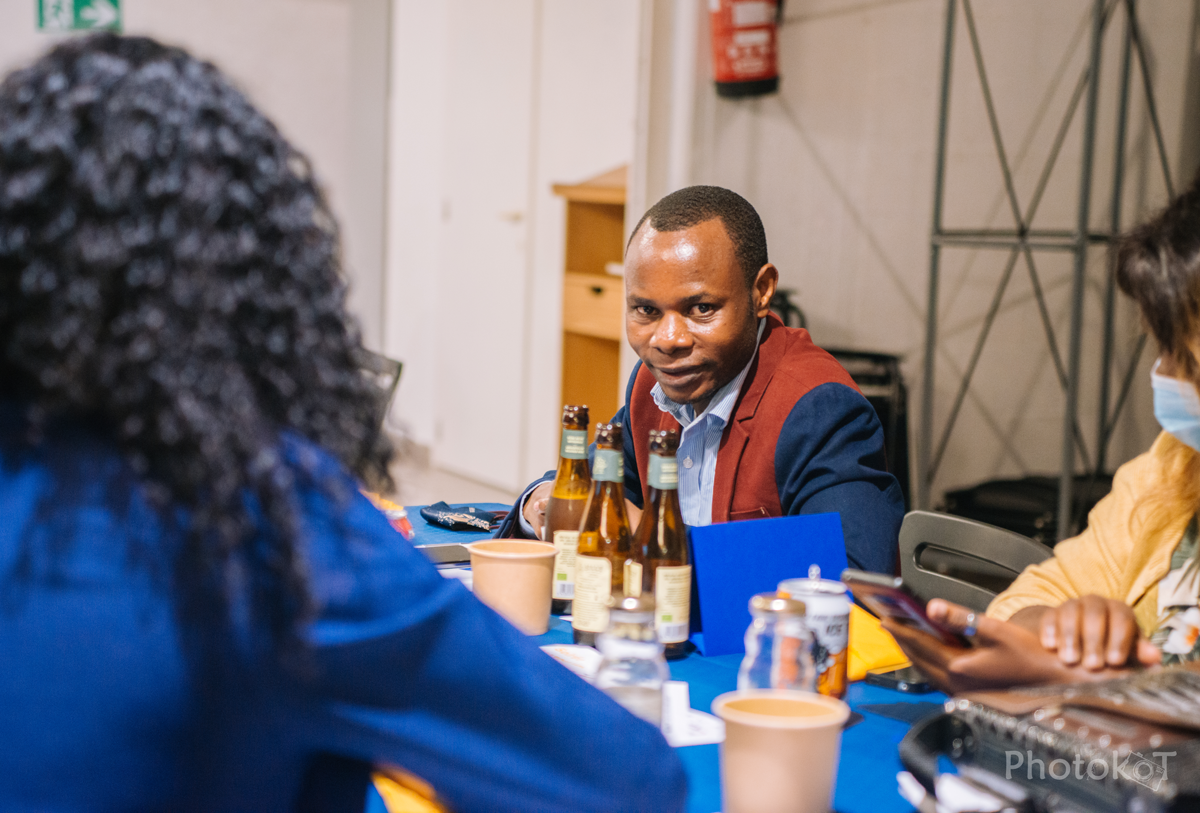 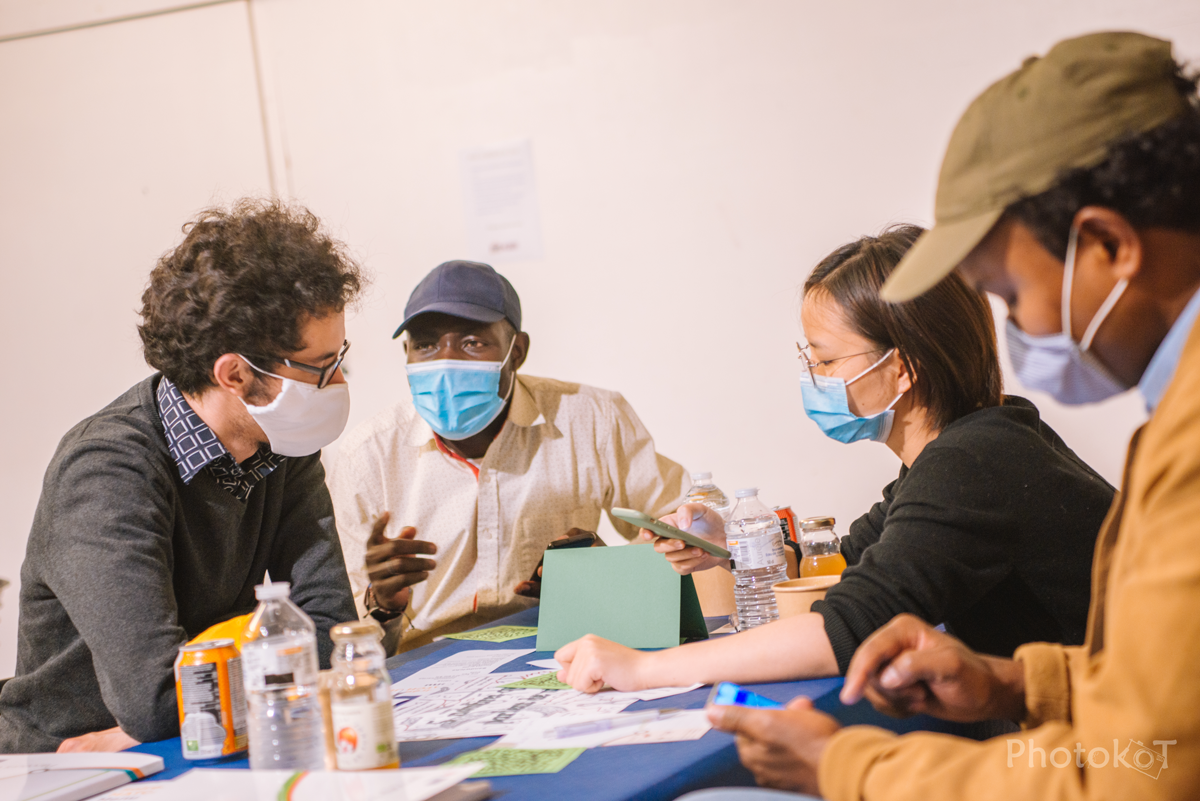 The context of 2020-21 has pushed us to bring the community together to fight against isolation. To mobilize throughout the year the newcomers. The actors who make up the Communauté Métisse decided to build activities around the context of the health crisis and the creation of links.

We organized face-to-face and online events following the evolution of the health measures.

The first year of the project resulted in academic, cultural, culinary and informal activities.